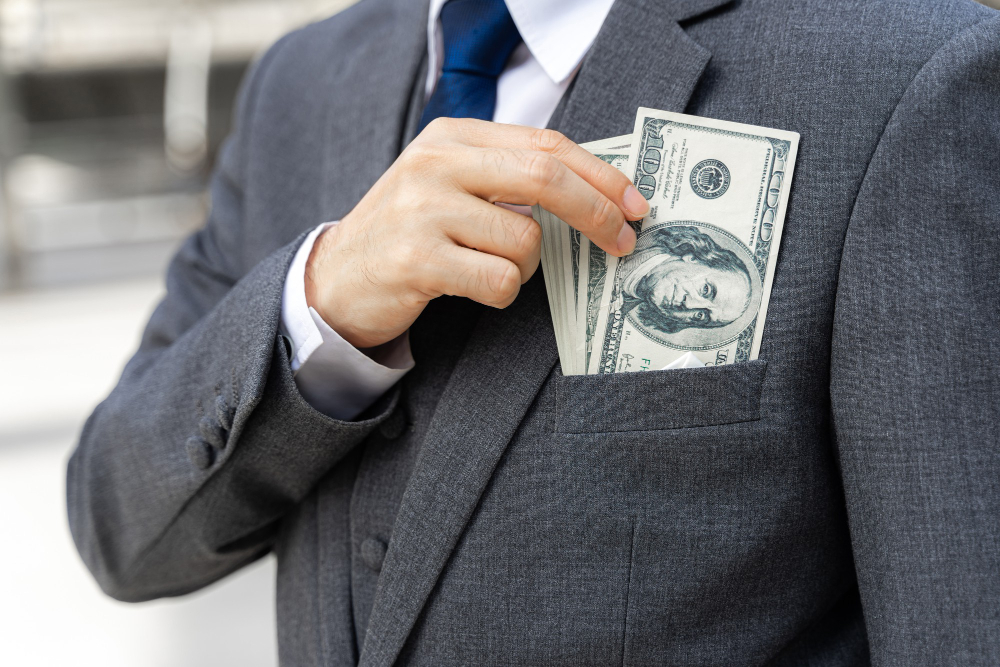 Which job has the highest pay? Which career path is the most lucrative in terms of pay?

Some people believe money is determined by the profession chosen or that the job you do defines how rich you will ever be.

Initially, it is agreed your job determines how wealthy you will be.

It is believed that certain jobs would automatically make you wealthy, whereas others would not allow you to progress further than “just enough.”

The highest-paying jobs are decided not by the rules themselves, but by the people who work in them. This is why we have rich lawyers and poor lawyers, rich doctors and poor doctors, rich instructors and poor school teachers, and so on for any vocation you can think of.

You can be paid a lot and still not have much money, and that’s on you.

READ MORE: How to land a high paying job

Highly paid jobs are not always easy to find

Instead, people work to accomplish their objectives.

If you aren’t fully engaged in your current job, switching to one that you enjoy could propel you into a higher-paid role.

Many students in high school are unsure of what career path they want to take.

As teenagers, they fantasize about becoming rock stars or performers, but for the vast majority of us, this will remain a fantasy.

If you asked the average person what the top-earning jobs in the world are, they would most likely say pro athletes, performers, and entertainers. They might mention Wall St investors, bankers, doctors, nurse anesthetists, human resources managers, and lawyers. All of these instances are accurate, but they may not be reasonable for the majority of us.

Taking risks is often required to land your dream job. However, in times of global recession, many people prefer stability over risk.

But what jobs can provide security?

Here are the highest-paying entry-level jobs in the US:

Engineering has a lot of high-paying jobs. Whether you decide to work as a chemical or petroleum engineer or pursue a more inventive career path and investigate renewable energy sources, you will be paid well.

One of the sought-after jobs in the world is becoming a doctor.

This high regard is always accompanied by good pay.

Many people say that a doctor is not one of the highest paying occupations.

However, it is historically one of the top-earning jobs.

It is also relatively safe even as people will always require medical treatment.

Attending a medical school for four years and later completing an additional residency training of three to four years will make you eligible to start your practice.

The next stage could see you specialize in the medical field as general practitioners, surgeons, gynaecologists, podiatrists, family medicine physicians and pediatricians.

Jobs in IT began to emerge in the mid-1990s and are still growing in popularity.

Many businesses market their products and services via the internet.

As a result, there is an increasing demand for IT professionals.

It is commonly assumed that the information technology job market will ultimately saturate, resulting in thousands of unemployed IT professionals.

However, this really is unlikely to occur in the next 20 to 30 years.

Consider the rapid technological advancements of the last 20 years.

In 2022, tech companies like Meta and Twitter have shed huge amounts of staff, however, reports suggest those staff are in demand from other companies. (links)

Will it surprise you to hear that the health sector has the highest number of high-paying jobs?

General medicine also does not pay the most, as medical students are well aware.

Generally, they pursue specializations in dentistry or pediatrics from a reputed dental school to earn six-figure salaries.

An OB/GYN, for example, earns about a quarter of a million dollars per year; an anesthetist earns even more.

According to Labor Statistics data, the employment projection for psychologists is six percent until 2023.

Dentistry is one of the most promising professions in medicine.

When a dental professional establishes their own practice, they command an admirable salary that is recession-proof.

Unfortunately, people simply cannot put off having dental work done because it hurts so much.

As tricky as it might be to believe, sales jobs pay some of the highest wages in the country.

Businesses often offer the most generous pay packages to salespeople, as not many firms would get very far without people to sell their products.

There is no way to exit a recession and enter a boom without an energized sales force, regardless of the industry – automobiles, insurance, or real estate.

There is one more related field where high-paying jobs can be found: technology. In fact, most job seekers look for tech-related positions.

Managerial positions in engineering and architectural firms can pay well over $100,000 per year.

A software engineer who is an expert in computer programming and in the highest reaches of his company who is involved in leadership can command an even higher salary after their first few years on the job.

The power of hard work

Of course, working this way and being able to command such high salaries needs hard work.

And if you get a job with a super-high wage, your work-life balance is likely to take a hit.

These jobs can lead to work taking over your life, so be warned if you want that huge salary.

While these job vacancies require extensive education and a great deal of dedication, a physician, for example, can earn more than $200K per year.

If you can deal with the pressure of a figurative life-or-death job, anaesthesiologists can earn a median wage of $292,000 per year after about eight years of extensive study.

Not all attorneys make a lot of money; many investigators and defense lawyers make very little.

However, corporate attorneys continue to earn well into six figures.

All of the above jobs require a bachelor’s or master’s degree or more advanced. The best law degree to obtain is a Juris Doctor (JD) degree.

READ MORE: How to land a high paying job

READ MORE: How To Write a Cover Letter

What are the Best-Paying Jobs That Don’t Need a Four-Year Degree?

While educational requirements for so many jobs have increased, many jobs no longer require a four-year bachelor’s.

Instead, some of these jobs can be gained through vocational education or an associate’s degree.

Obviously, they will all need a good deal of training.

An air traffic controller, for example, earns an annual average salary of $102,030.

And funeral directors – another area where you’re unlikely to be short of work – earn $79,517 per year.

Then there are self-made millionaires such as Bill Gates, David Geffen, and Oracle Chief Executive Officer Larry Ellison.

None of them have a college degree, but they are all among the most successful businesspeople.

Of course, becoming a self-made millionaire is easier said than done.

Are you looking for the best-paying jobs without a college degree? Do you really believe you need to have a college education to get a good job?

This is what the majority believe. But, whether you’re a student or not, and you wish to earn a decent living to pay for college or other goals, are there any new opportunities for you? Are there no job opportunities for an undergraduate?

Contrary to popular belief, you can even get a great job without a college degree and even without much work experience.

It should bring you happiness, knowing that you can enter the market without having to finish college.

There are now jobs available that do not require a college degree.

You can get a lot of jobs without the need for a college diploma, and you might be surprised at how much money you can make.

Producing content for sites online is a great way to make money.

With so many sites being launched every moment of every day, individuals who can create quality content are in high demand.

And it makes no difference if you have an extent or not.

You only need to make a good product.

Most websites only require a simple, informative article.

There are many free tutorial videos available online, either as eBooks or videos.

You do not require a degree, and there are plenty of free online resources to help you learn and perform a great job.

If you’re talented and possess a great skill set, it doesn’t matter if you have a bachelor’s or not.

Online surveys take little time and effort from you but pay well.

Companies require feedback from individuals who are only required to spend a few minutes filling out various types of surveys.

This is a highly sought-after position.

It takes little time, giving you more time to research or just have fun.

These are just a few of the many high-paying available jobs without a college education.

You can earn while you learn, and if you want to get a new degree, you can. Spend a few minutes and help cover your expenses.

Every day, millions of people search the internet for ways to make money, how to commercialize and advertise goods and services online, and how they can generate a substantial income.

There are some excellent internet marketing firms that will teach and train you as well as provide you with the necessary business processes to market anything online.

For sure, there is a lot of garbage on the web, but if you do your research, you can find some valid and lucrative new alternatives to conventional business models.

← How to land a high paying job
Delivery Driver →